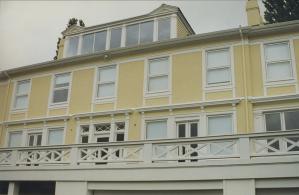 Sarawak Report would like to enquire of Abdul Taib Mahmud how much he paid for the mansion that Samling passed on to his family in Seattle, USA ?

The residence forms an enormous property, standing in its own grounds in one of the most prestigious area of Seattle on Boylston Avenue East.  It was passed from a Samling-owned company to a company now owned by Abdul Taib Mahmud and his family, for just one US dollar in 1991.

Samling, belonging to the timber tycoon Yaw Teck Seng, is one of the biggest logging concerns in Sarawak.  The Chief Minister, Taib Mahmud, controls all the State’s timber concessions.

Details of a very nice property 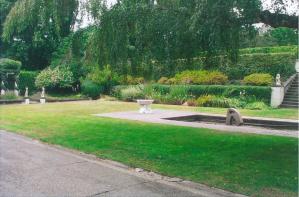 Described as a Top Grade Mansion in ‘very good’ condition by Washington State’s King County Department of Assessments, the property was valued at over US$ 6.8 million in 2008.

It has 6 bedrooms and 5 main bathrooms and an enormous total living space of 9,020 square feet, plus a basement of 2,120 square feet.  The house is surrounded by a large open porch and there is a big basement garage  for the car-loving Taib family, plus a second, attached garage.  The mansion is surrounded by gracious gardens, kept in manicured condition and the grounds total 26,172 square feet.

Click for Home Appraisal Document (1996)’ “The Taib home, located at 1117 Boylston Avenue in the community of Seattle…” 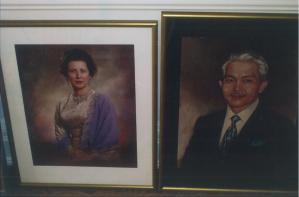 Lord and Lady of the Manor

The property, registered under the company W. A. Boylston Inc (California), has been in the possession of the Taib family since the early to mid-1990s.  Family portraits of the Chief Minister, his deceased wife and four sons and daughters as small children, adorn the elaborate rooms.

They have all spent time in the mansion, which is not occupied by anyone else.  The property forms part of the family’s Sakti International Corporation, incorporated in California and currently managed by Hisham (Sean) Murray, the Chief Minister’s son in law, out of his offices at 333 Preston Street, Ontario, Canada.

However, there is confusion in the Seattle public records as to how the property passed to the Taibs.  Sarawak Report has been unable to obtain any clear record of the transfer from one owner to another or, importantly, the register of any payment that would normally be eligible for taxation.  We therefore request a statement from the Taibs to explain the situation. 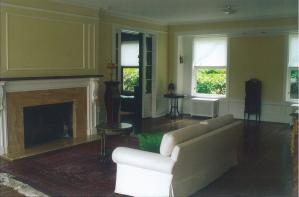 However, Sarawak Report has managed to clearly establish  that before passing to the Taibs the house was owned by another California corporation called CSY Investments, set up in 1988.  CSY acquired the property in 1991 and then registered it under subsidiary company called W. A. Boylston Inc.

CSY are the initials of Chee S Yaw, who signs himself as the company’s President in documents which are publicly available at the King County Land Registry.  Significantly, Mr Yaw is one of the younger sons of Yaw Teck Seng, founder of the massive logging conglomerate Samling Global.  Yaw Teck Seng is regularly featured in Forbes Asia’s Rich List of Malaysia’s top 40 richest individuals, as does his eldest son, Yaw Chee Ming, establishing them one of the richest families in Asia. 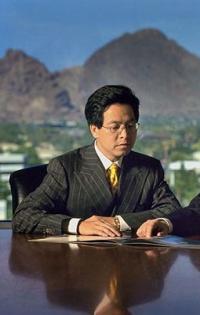 Our revelation comes with poor timing for the Chief Minister of Sarawak.  Earlier this week Samling made international headlines when the Norwegian Government Pension Fund withdrew all investments in Samling after condemning the company as ‘unethical’, owing to  illegal logging and environmental devastation in Sarawak.  [Click for Norwegian official announcement]

Abdul Taib Mahumd in his joint capacities as Chief Minister, Finance Minister and State Planning and Resources Minister, has controlled the issuing of Sarawak’s timber licenses for the past 30 years, leaving clear questions over his incentives for  favouring such an ‘unethical’ company.

It is no secret that Samling has based its business success on achieving numerous logging concessions in Sarawak. Over the period of the Chief Minister’s rule, companies operating under his licenses have razed virtually all Sarawak’s valuable virgin forest, much of it taken without compensation from the indigenous peoples who had been granted these territories under Native Customary Land Rights.

President of CSY (Son of Samling Boss) signs ownership of Boylston Mansion in 1991. When and how did it pass to the Taibs?

Samling is one of the main companies involved in this destruction and it has used its base in Sarawak to launch similar logging operations in the Congo, Amazon, Russia and elsewhere, many of which have been heavily criticised by concerned NGO’s across the world.

Therefore, we repeat the question, how and why did the Chief Minister come by a mansion formally owned by Samling?  The only official record available of a transfer of the property in the King County Land Registry from CSY is the granting of a so-called Quit Claim Deed for just one dollar!  This transaction on 19th September 1991 placed the property into the subsidiary company W. A. Boylston Inc.  W. A. Boylston had been incorporated in California a few days earlier on September 5th by CSY and its registered address was given as 2260 Douglas Boulevard, Roseville, which was the Headquarters of CSY. 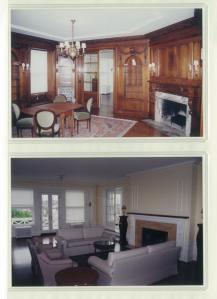 CSY and Boylston then immediately filed a joint letter to the King County Real Estate and Excise Tax Department declaring ‘under penalty of perjury’  that W. A. Boylston was a wholly owned subsidiary of CSY Investments, thereby making the Quit Claim transaction exempt from excise tax.

However, our investigations have shown that there is no subsequent record in the Land Registry of the later transfer of ownership of W. A. Boylston from CSY (Samling) to the Taibs.  According to rules published by King County such a transfer would normally require the payment of thousands of dollars of excise tax.

Despite the lack of open records, Sarawak Report is able to confirm that there is definitive proof that the Taibs did take over the property from Samling’s CSY.  In fact they took up residence as the effective owners not long after the property was placed in the hands of the CSY subsidiary W. A. Boylston.  Rahman Taib had an insurance assessment drawn up in 1996 (see above). 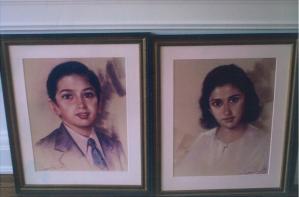 Portraits of the Taib family adorn the house. The family were in residence from at least the mid-90s

Furthermore, a significant alteration was made to the company’s official address and official representative in 2000. In that year W. A. Boylston’s annual Statement by a Domestic Stock Corporation to the State of California noted a change of address to that of the headquarters of Sakti International (the property company, which Sarawak Report has recently proved to be majority owned by the Chief Minister).  Likewise, the company representative was altered from a CSY official to Rahman Taib, the Chief Minister’s younger son.

How much did it cost?

Sarawak Report therefore wishes to ask once more,whether Mr Taib paid the going rate of over $3 million for the house at that time to Samling for the purchase of the house?  If so, how did the Chief Minister (salary approx MR 50,000 per month) find the money?

If, on the other hand he acquired it for free, then readers of Sarawak Report will be entitled to conclude that the mansion was a kickback from Samling, as a favour in return for all the logging concessions granted to them by the Chief Minister.   They would also be entitled to ask whether the United States tax authorities have received all the money they are due. 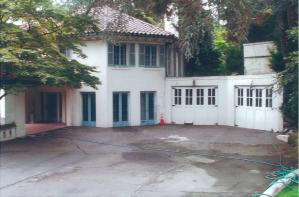 By the way there is a second Seattle Mansion!

If the Boylston mansion was indeed a ‘gift’ from Samling to the Chief Minister, then one cannot expect such a thing to be done by halves.  Indeed, a second, equally gracious and prestigious mansion has also found its way from the Yaws to the Taibs in Seattle, by what would appear to be exactly the same route.

2222 Everett Avenue East, worth $2,854,000 at its peak value in 2008,  was also originally purchased by the Yaws. It was  then registered under another California corporation, W. A. Everett Inc, set up on the same day as W. A. Boylston (5th September 1991). W. A. Everett Inc is likewise listed as a subsidiary of CSY in the King County Land Registry.   This mansion also ended up in the hands of the Taibs. 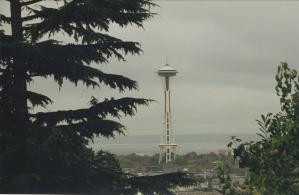 The property is smaller with four bedrooms and bathrooms, but has famously sought after views over the City.

Sarawak Report understands that the Taibs have mainly rented it out over the past two decades, but as with Boylston, the only information about a transfer of ownership of the company from Samling to the Taibs comes with an identical change of address and officers in 2000, from the CSY address in Roseville to Rahman Taib, at Sakti International’s Headquarters in San Francisco. This leaves very many questions about how the Taibs have acquired their wealth.  It  is time for transparency.